A downloadable game for Windows, macOS, and Linux

Navigate the world as you encounter dangers beyond your imagination,
whose main aim is to annihilate you. Underestimating them will lead to certain death. Pick up weapons on the go to shoot and destroy your way out.

But wait! The whole world is out of control!Completely disintegrated!
Your weapon doesn't aim right! Your only way out is to defeat all
enemies!

All the best Champion and may the Force be with you!

PS: Don't think the timer is broken. We don't want you to pause your way through the game.

I just can't get past the first half.

The actor just feels too heavy or maybe it is just me, even a slight movement on the platform make me fall through the galaxy for eternity.
The fact that the platform isn't visible unless you look down only makes it harder, jumps are just too wide for the platforms placed so close together (maybe its on purpose?)

The heaviness along with this unreal jump length makes it very hard maybe even irritating. Maybe adding the ability to move whilst in the air might make the game more playable.

The cannon fire almost blocks the entire screen which makes me think I'm dead but apparently I am not.
I wonder if the guns are actually of any use since I lose a good portion of my health trying to take down the first two cannons unless I hide and strafe behind one of those windows (which I guess I shouldn't be doing since it adds to the time ). Anyway I have no idea of how to deal with the next two cannons if I ever make it till there.

The game looks great and seems like a lot of effort was put into it but I think some more attention must be given to the general playstyle. (or maybe Im just noob as you call me when I die)

Hello there. Thank you so much for your detailed review. This game we made was as a part of GMTK game jam. This was our first game jam. We made a few rookie mistakes. We sort of nerfed the player too much hoping that the game would become more competetive. With the help of your review we are working on a fix to this issue. Please stay tuned to play the game!!!

Thank you Once again!

One of the best game I had ever played

I think I got addicted to this 😘

Beat this game if u can! An open challenge to all speed runners! Post your fastest time here! 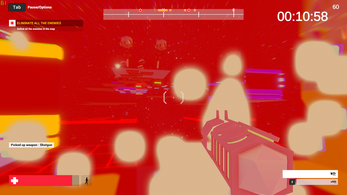 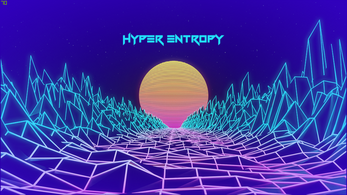 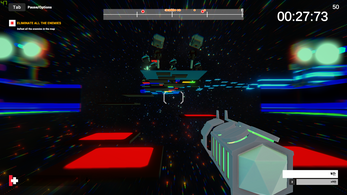 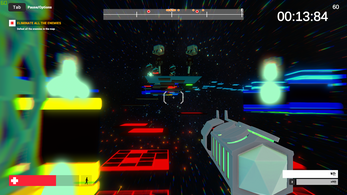